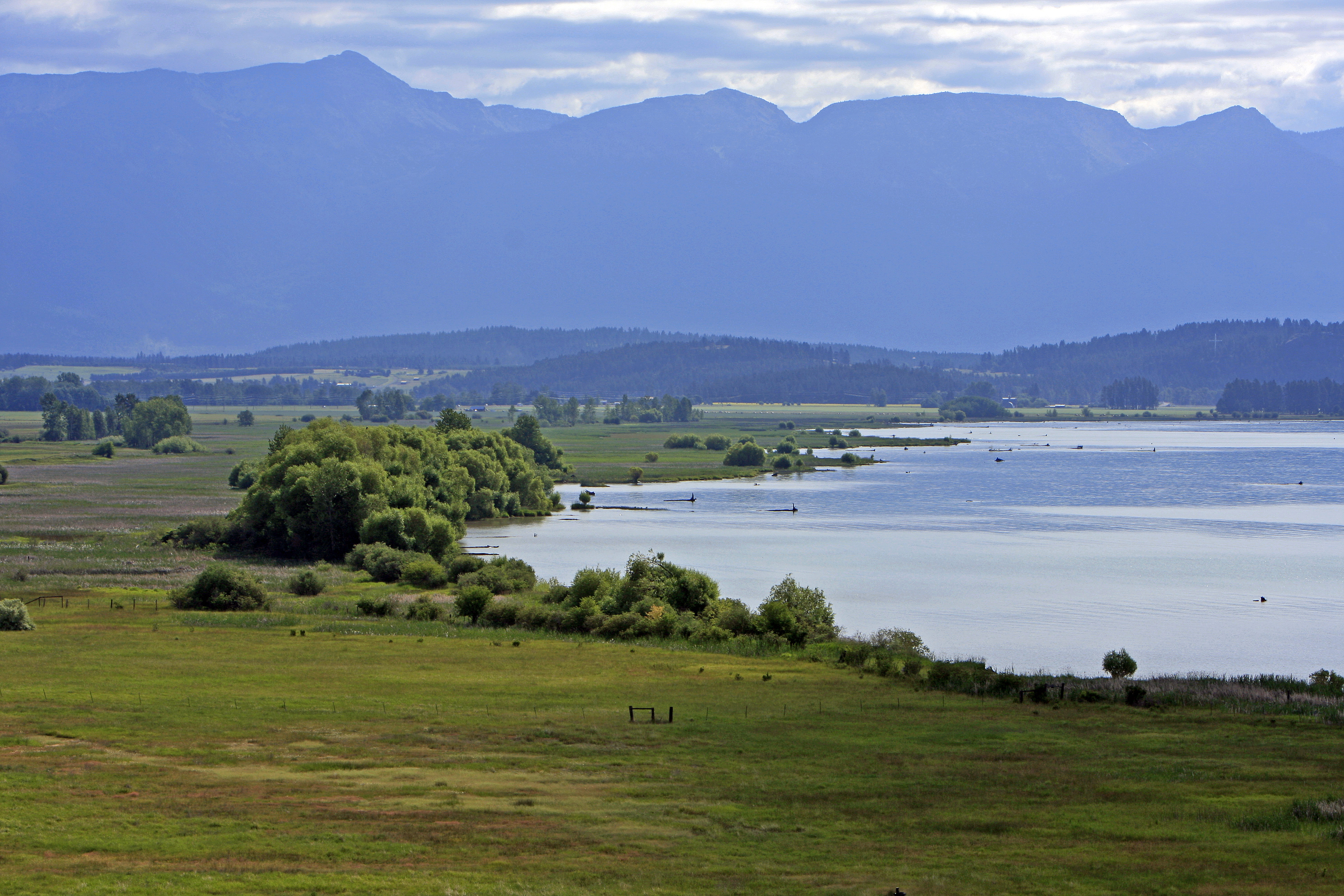 “I remember the first time, years ago, when I discovered the north shore. It seemed surreal – miles and miles of beach as far as the eye could see. To describe it as unique would be like saying Glacier National Park is pretty. The north shore of Flathead Lake seems, somehow, to be one of the best-kept secrets in this valley. Come fall and winter, the mighty lake recedes and reveals a vast beach of soft, clean sand stretching for miles. It’s serene, peaceful and largely devoid of crowds. It’s also awe-inspiring and seems out of place in a mountainous stronghold such as ours. Who needs Hawaii?”– Dillon Tabish, Flathead Beacon 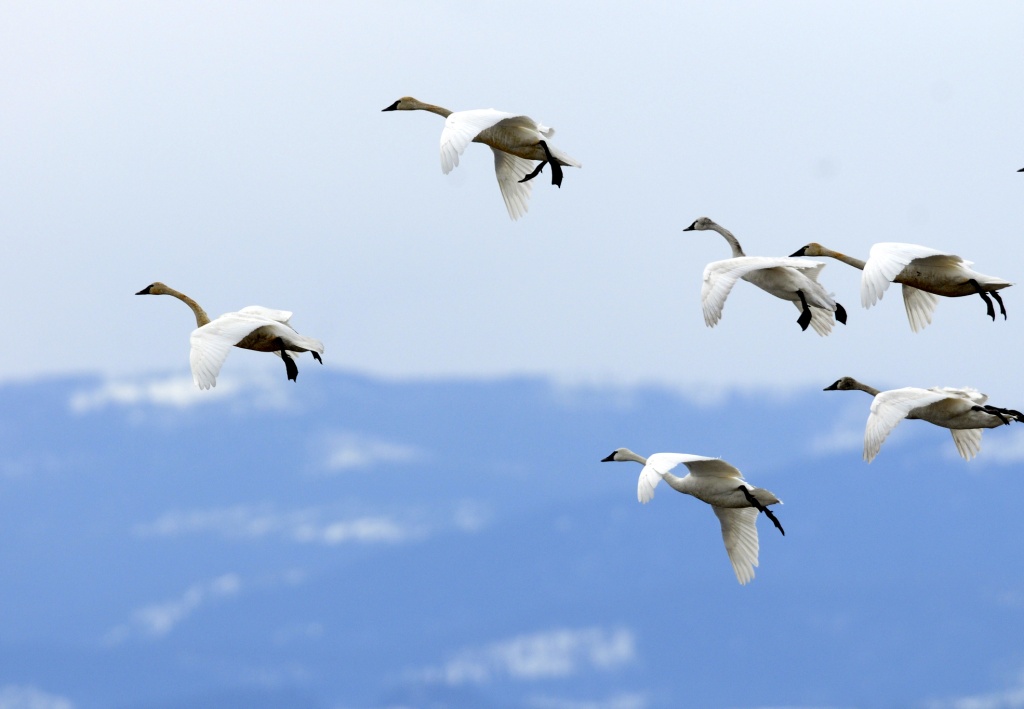 The north shore of Flathead Lake stretches for seven miles between Somers and Bigfork. It is a myriad of mostly undeveloped shoreline, wetlands, and adjoining uplands with a majestic backdrop of the Swan Mountains and Flathead Lake. This rich habitat is critical as a refueling stop for tens of thousands of waterfowl and shorebirds on their long migrations each spring and fall. Over 229 species of birds use this special place that has been declared an Important Bird Area by National Audubon Society. The largely undeveloped North Shore also protects the water quality of Flathead Lake and has some of the richest soils in the nation important for agriculture. It is also provides public access to a special place rich in outdoor recreation opportunities. Most of the wetlands and shoreline along the North Shore are part of the Flathead Lake Waterfowl Production Area administered by the U.S. Fish and Wildlife Service. However, land adjacent to the Waterfowl Production Area is critical to protect the conservation values of the North Shore. 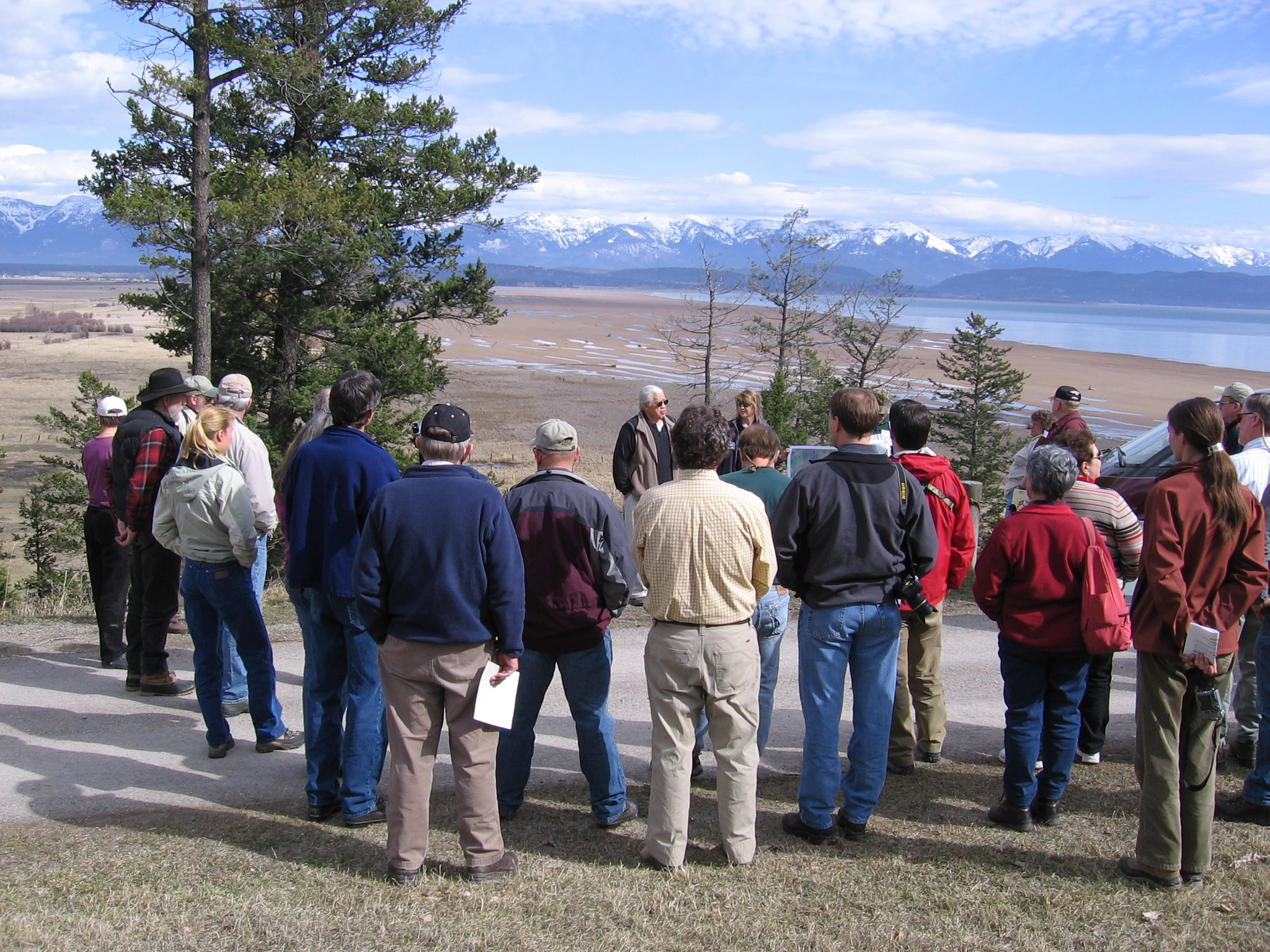 A collaborative group of landowners, land trusts, conservation organizations, and county, tribal, state, and federal agencies, called the Flathead River to Lake Initiative, of which Flathead Land Trust is a major partner, are working to protect the conservation values of the North Shore. In 2006, this group began reaching out to landowners on the North Shore to let them know about conservation options for their land. Over the next 10 years four landowners wanted to sell their property for a conservation outcome and Flathead Land Trust worked in cooperation with Montana Fish, Wildlife and Parks to bring these projects totaling almost 500 acres to completion. Montana Fish, Wildlife and Parks is now the landowner of these properties that are managed as fish and wildlife management areas open to the public and forever protecting the fish and wildlife habitat, outdoor recreation opportunities, and beautiful views on the North Shore. 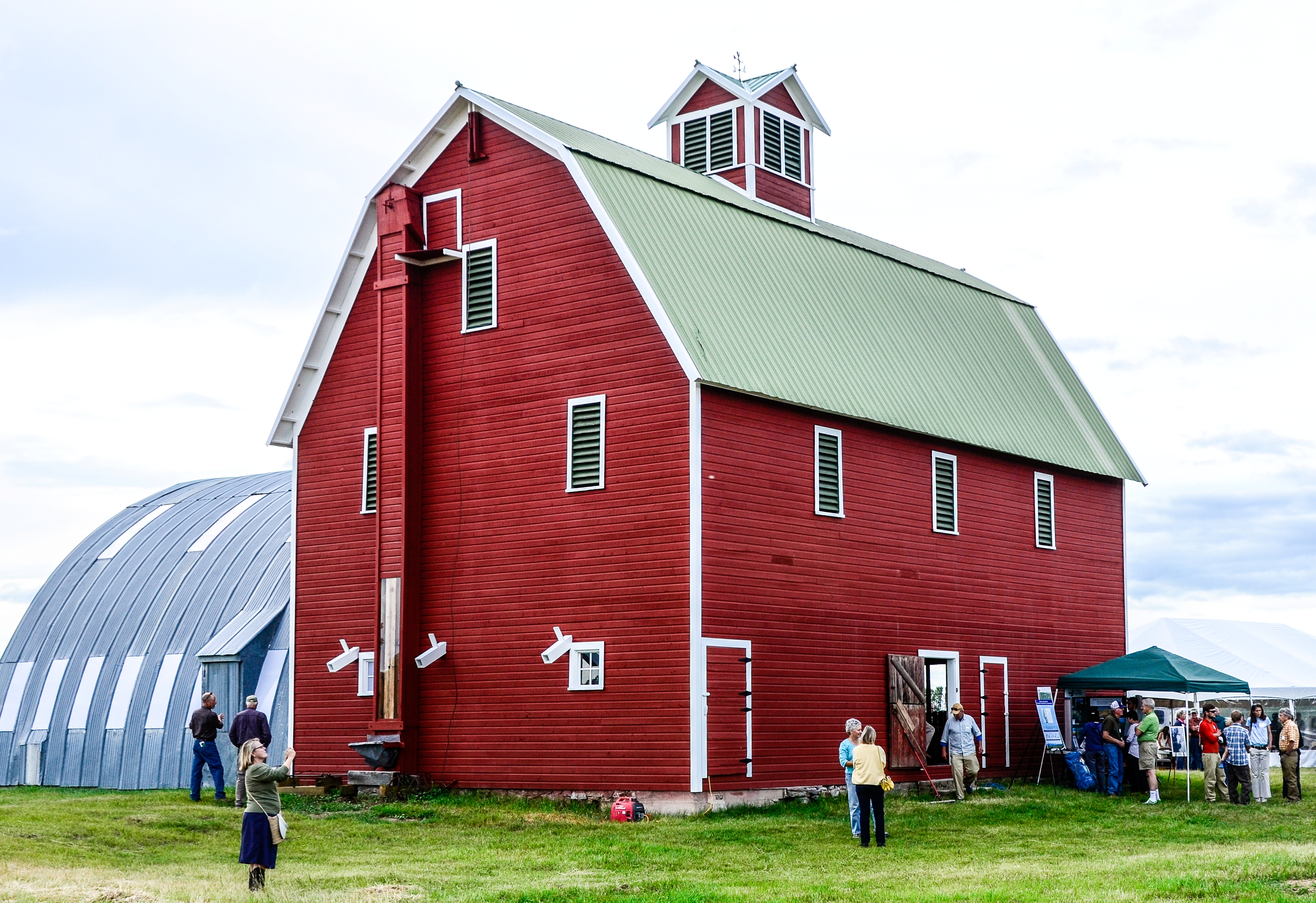 The historic barn on the property was built about 1915 by the original homesteaders, the McClarty family. Joseph and Kate McClarty, came from Canada in the late 1800s to farm the rich soils on the North Shore and raise a family. At that time the Salish and Kootenai tribes still had fishing camps along the Flathead River and near Somers. A ferry operated across the Flathead River at Holt about a mile east of the McClarty property and a store and post office with a dance hall on the second floor, a bar, and blacksmith shop were also located at Holt. Somers was a bustling town due to its new lumber mill providing railroad ties needed for thousands of miles of new track being constructed. There was a one room school two miles from the McClarty home – the Rousselle School. In the 1920s, one of Joseph and Kate’s three children took over the family farm and raised two children of their own. The McClarty family lived on the property through 1928 when the license proposal for Kerr dam south of Polson threatened to change the farm. The family worried the farm would be flooded due to the increased lake level caused by the dam so they sold the family farm to Montana Power. The land did not end up being flooded with the new lake level, so the Wittlake family purchased the property in 1953 and added a metal quonset hut to the barn for a swine raising operation. The Wittlakes continued to farm the property, but divided the property into five parcels. “Luckily for all of us, the property was purchased by Darrell Worm in 1992 saving the valuable land from being developed,” said Donetta McClarty Antonovich, great granddaughter of the homesteader of the property. Donetta greatly appreciated Darrell restoring the barn and protecting her family homestead. “It’s so nice this treasure has been protected. It feels really good to me. I can go back and feel history whispering to me.” 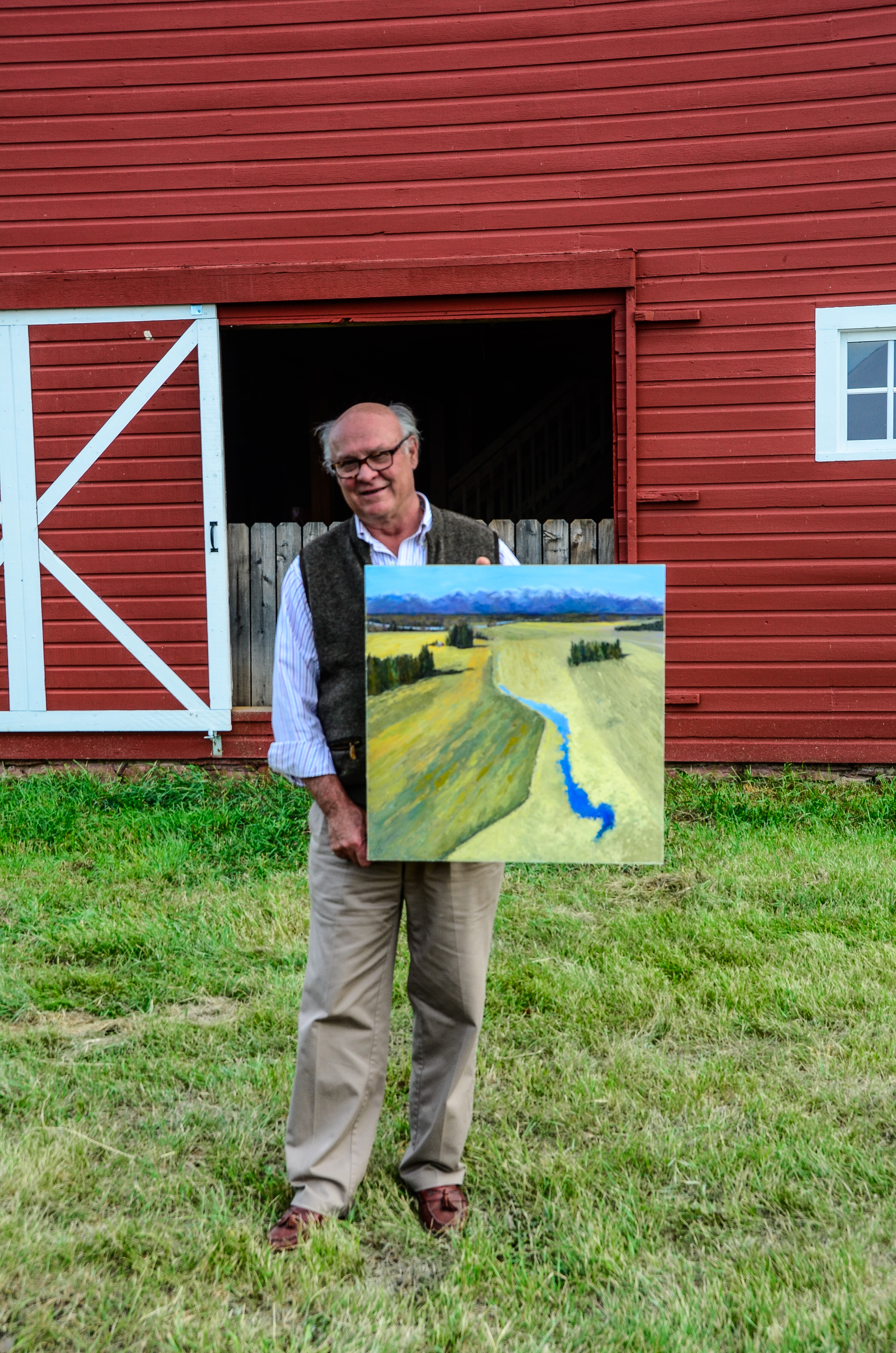 Tabby Ivy, a local artist, was so moved by the beautiful property being conserved, she painted a photo of the land and donated the painting to Flathead Land Trust. The Trust in turn gave the art to Darrell in gratitude for making a difference by conserving his property and restoring the historic barn.

“My husband had property on Flathead Lake in Hockaday Bay when we married in 1990,” said Ivy. “We spent our honeymoon in a tent on the property and spent weekends in the tent during the summers before we started construction of our house there. Those summers were so special, giving me such an appreciation for the treasure of Flathead Lake and the open spaces and magnificent shoreline along the North Shore. Over the years development started around the lake, and at times it looked like the North Shore would be changing as developers discussed potential projects. The open spaces for farming and the wetland’s home to wildlife at times can be taken for granted by those of us who drive across the valley enjoying the views down the lake or the glow of a sunset. But, I know all it takes is one person to decide to sell or for a land owner to opt for development over conservation. Darrell did his part to make sure his land will not be developed and hopefully this action will inspire and motivate others to do the same. There is a place for development, I know that in time some areas will change but the North Shore, in my mind, is in a different category and should be protected. This project, conserving the North Shore of Flathead Lake, makes me appreciate how very special the Flathead Valley is and how we are all stewards of this land. We all, in our own way, can make our views known, and while we all are not in a position to do an easement on a large parcel of land, we can voice our gratitude for people like Darrell who, when faced with a choice, chose conservation to preserve his land rather than sell it to developers. The painting, which I called, ‘Darrell’s Gift’ was my way of honoring that decision.” 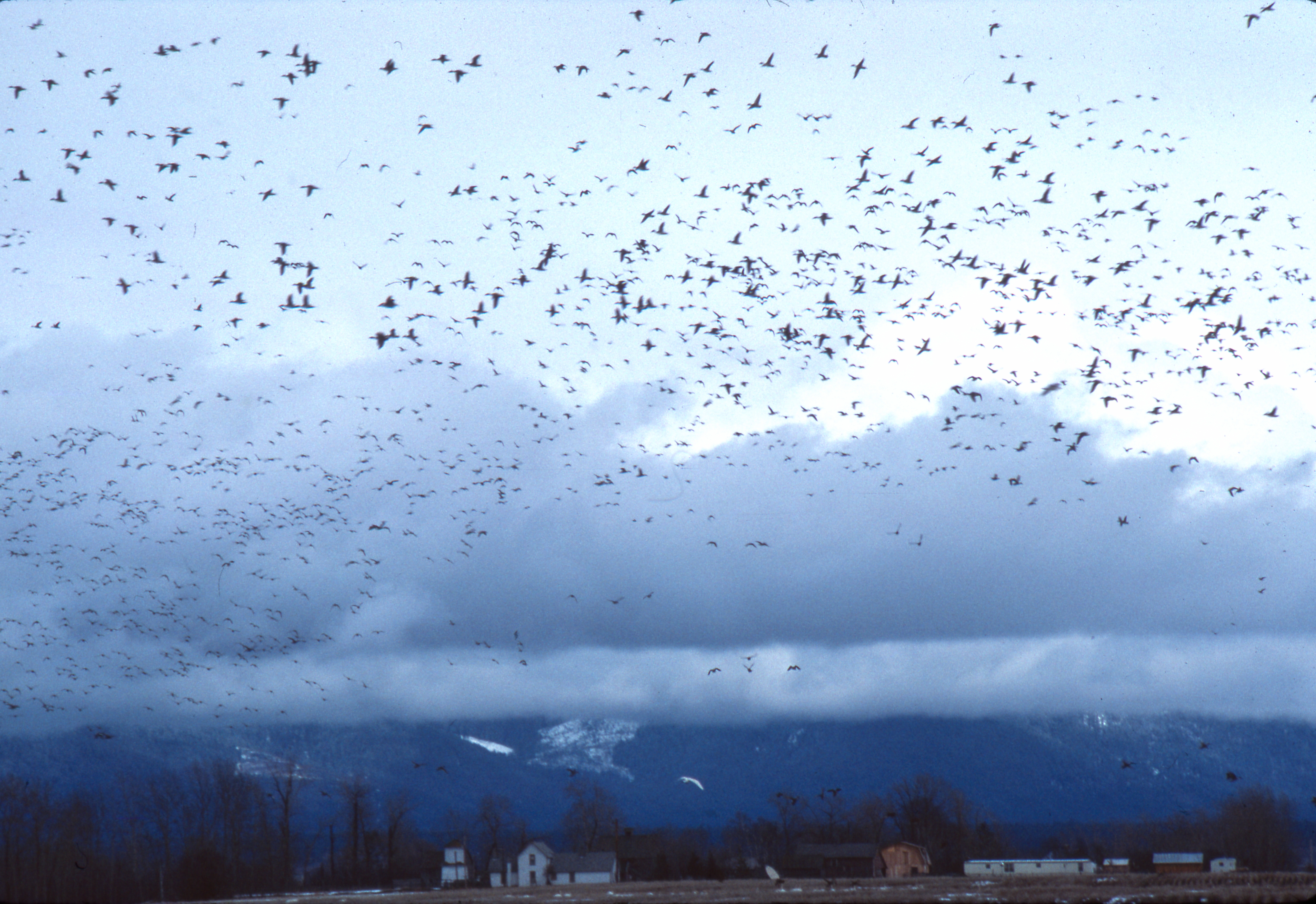 Most recently Richard and Kaye Hoffmaster, neighbors to Darrell Worm, decided to add 77 acres of their land to the Montana Fish, Wildlife and Parks Wildlife Management Area. To sum up his feelings about the project Richard Hoffmaster said, “No second thoughts. To be part of the larger good of creating a wildlife refuge between Hwy. 82 and the waterfowl production area is exciting and a long-range wonderful use of this land. To think that in three hundred years’ time the birds will still be here, engaging in their semi-annual migration truly stirs the heart.”

An additional 1,200 acres of farmland and wetlands between the Waterfowl Production Area and Highway 82 remain unprotected and could be developed. Subdivisions and condos would forever change the North Shore. Flathead River to Lake Initiative partners remain dedicated to continuing to build on past conservation successes to create a North Shore conservation legacy for people, birds, and clean water.