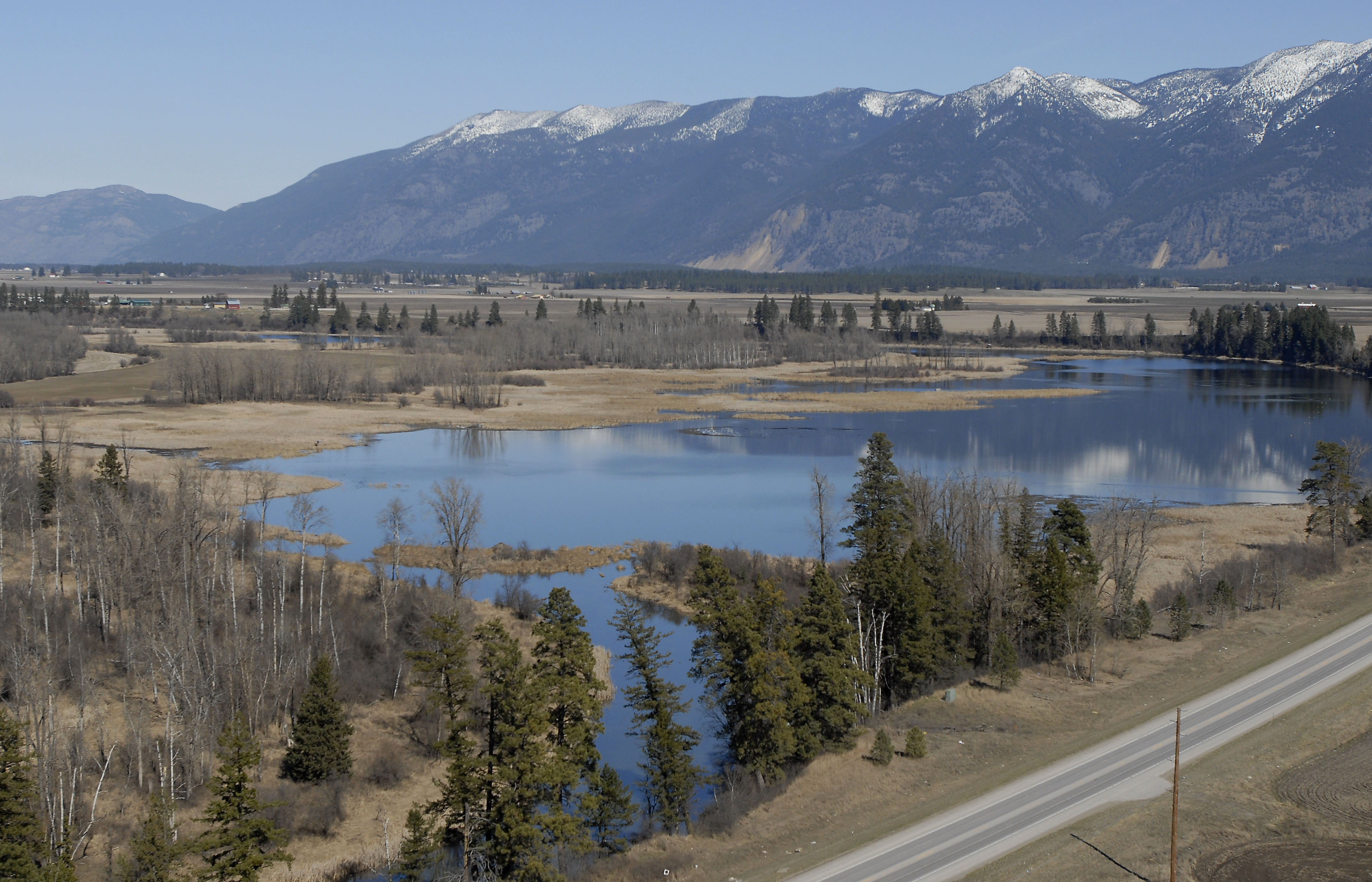 Jim and Donna Buechle placed a conservation easement on their 412-acre of the farm in 2003. The property includes a portion of McWenneger Slough, a historic meander of the Flathead River, and has a diverse mix of open water, wetland, riparian forest, and cultivated meadows that provide an ideal combination of agricultural land and wildlife habitat.

The property had been in Donna’s family for three generations. Her family has had a long history in the Flathead. They were one of the first homesteaders in the Valley in the 1870s and Donna’s grandmother is said to be the first white woman born east of the Flathead River in Flathead County. Donna’s grandparents, Frank and Margaret Logan, purchased the 412-acre property on McWenneger Slough in 1945. The land was passed to Donna’s parents, then to Donna and Jim to continue the family tradition of successful agriculture. The farmland has been used to grow a variety of crops including wheat, peas, barley, oats, peppermint, potatoes, and hay and to graze cows and horses, and raise pigs. 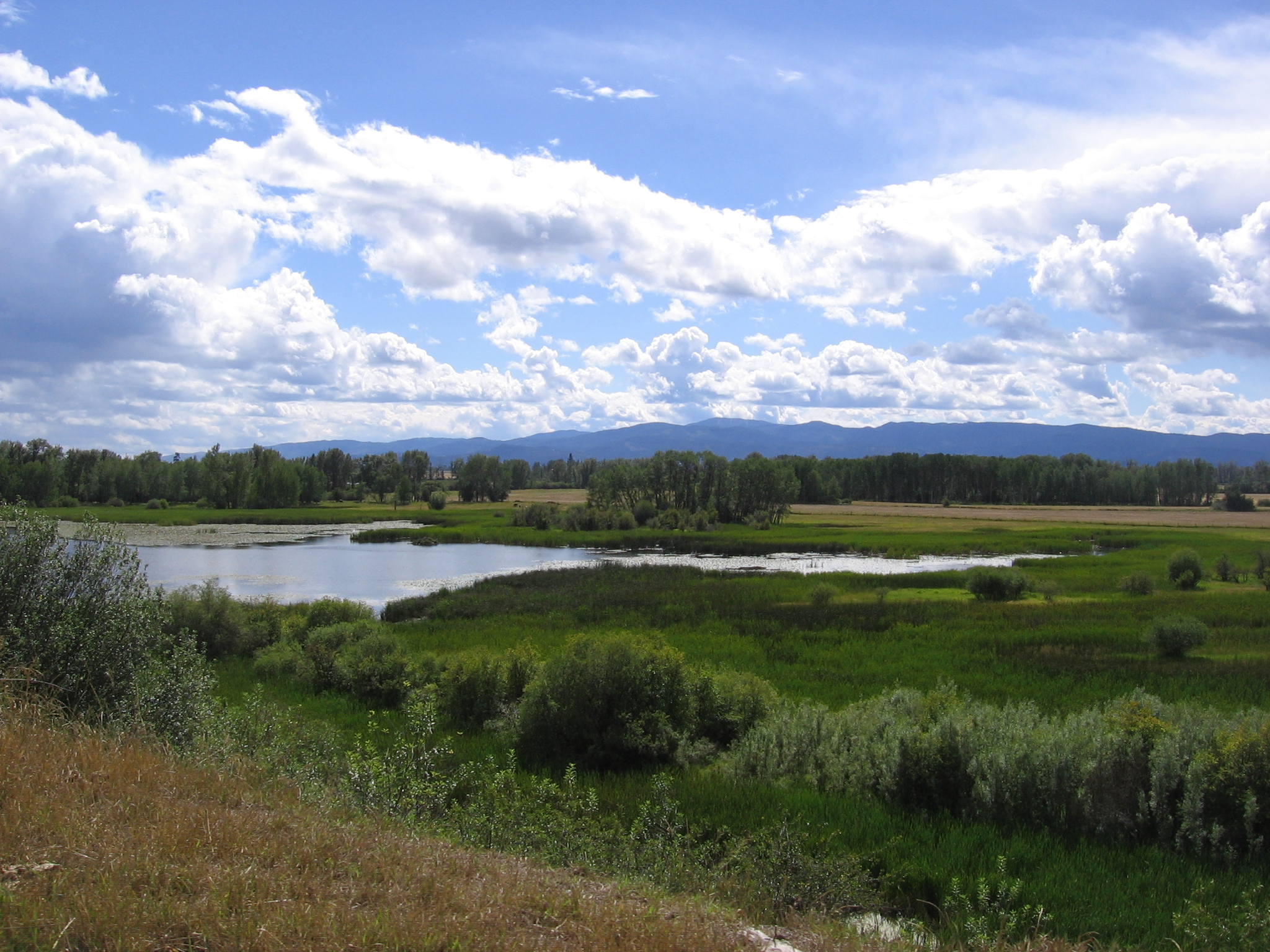 The land offers some of the best wildlife habitat in the middle Flathead Valley. Deer, elk, moose, black bear, grizzly bear, coyote, mountain lion, beaver, and otter have been observed on the property and it is a haven for migratory waterfowl and many other birds. Sandhill crane, great horned owl, red-tailed hawk, and Trumpeter swan nest on the property and a bald eagle nests just over the property border, fishing on the protected parcel. In addition, the property provides habitat for many small mammals, reptiles and amphibians.

The Buechles enjoyed the wildlife on the property, its combination of wetlands and farmland, and the land’s unique topography. The house on the property is built on an upland with an extraordinary view overlooking the wetlands and farmland. Jim appreciated the land and its rich agricultural and wildlife values. Jim had seen lots of changes in the Flathead Valley since he first arrived from Conrad at age 12. As the Flathead Valley became more subdivided and developed, Jim thought about the future of his and Donna’s property. He did not want to see houses on it and he knew the Flathead’s population was going to continue to grow and the pressures of development would continue as well. Jim and Donna placed a conservation easement on their land in 2003 to keep it from being developed and to protect its conservation values in perpetuity. 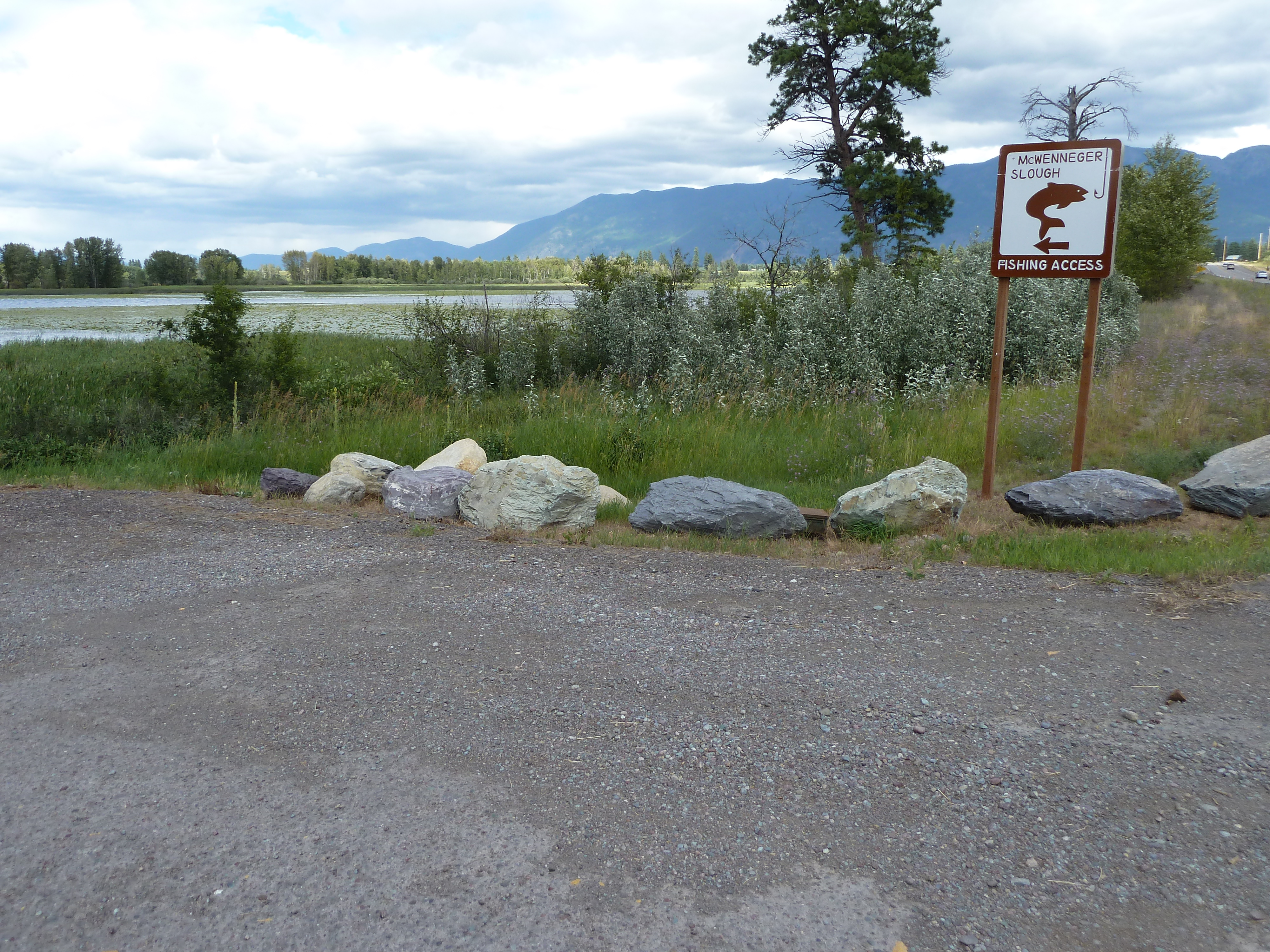 At the time the farm was placed in a conservation easement, Jim and Donna donated land for the popular McWenneger Slough Fishing Access Site. They had not realized they owned an additional 12 acres on the Hwy. 35 side of their property with mostly open water but also an access point to McWenneger Slough. They generously donated the 12 acres to help establish a fishing access site for the public that is now administered by Montana Fish, Wildlife and Parks. The Siderius family was instrumental in creating the fishing access site; the family generously donated funding and construction time to put in a parking area, boat launch, and restroom to develop the public access. The Kalispell BASS Club also helped clean up the site and the Montana Highway Department donated crushed asphalt for the access road and parking area. The Siderius family’s invaluable contributions to this project were dedicated in memory of their parents, Pete and Louise.

In 2012, due to Donna’s health, the Buechles sold their beautiful property. Donna passed away in 2015. Jim still lives locally and misses his amazing land. He continues to be active in doing good things for the outdoors of the Flathead as a Board member of the Flathead County Weeds/Parks/Recreation Board for which he has served for many years. We will all forever be thanking the Buechles for their foresight in protecting such an extraordinary part of the Flathead.