In 2007, as a result of a partnership between Flathead Land Trust, Montana Fish, Wildlife and Parks, and the Van Riper family, 40 acres was added to Lone Pine State Park. Today the Van Riper property contains additional trails for recreational use as extensions from those in the remainder of the Park.

The 40 acres that became part of Lone Pine State Park had been an integral part of the Van Riper family for over 50 years. Sandra Van Riper’s grandparents were among the earliest pioneers in the Flathead, with their roots in Demersville and then Kalispell. Her parents were prominent business people helping Kalispell and the entire Flathead Valley grow. Sandra grew up exploring and enjoying the small piece of “wilderness” that was part of their family ranch. 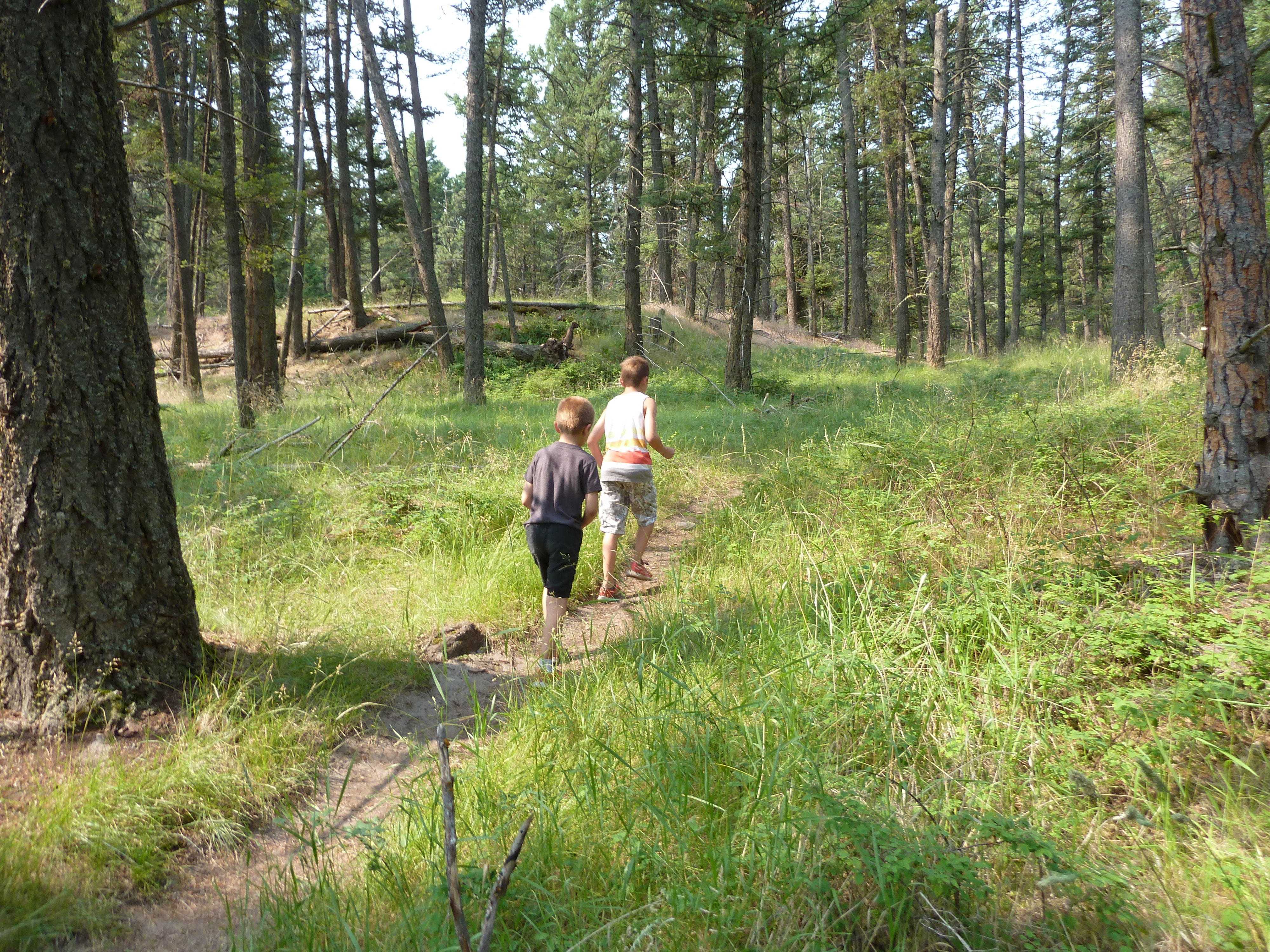 “Not a summer day passed and few winter days when I did not climb the hill on my horse or on foot to seek the solitude and peace that was present amongst the trees. Each place and area had a name such as Sun Valley, Shadow Vale, Little Rockies, or Vanilla Tree and some mossy knolls assumed an almost shrine type reverence for me. I knew where the Bitterroot bloomed and where the first crocus would peak through the spring snow patches. I picked wildflowers for our dinner table and afternoon wild strawberries from the forest floor. I knew the best places to see a coyote, or a bobcat or a deer. I counted the stars at night from the meadows and watched the valley pass by from the cliffs. No life problem was ever too large to face on that hill, under a tree, under the sky, inside my soul.”

“It is a very special place, and I am so happy to have it be part of Lone Pine State Park. It was part of our family from my earliest memory – and I know my parents held it in a special place in their hearts too.
When they were dividing their holdings among and between all of us children, my mother said that they were giving this piece of the ranch to me because they knew I would care for it. I felt an obligation to do just that. After the death of my parents, I watched as contiguous properties were logged, and we were contacted numerous times about all of the money just standing there waiting to be harvested by loggers and others. Real estate developers also had their eye on the land, and upscale homes were built nearby. But my husband and I agreed that we needed to protect the land. We contacted the park to see if they were interested, and it was several years before we were able to proceed with the easement. And the day it was finally completed, was one of the happiest days of my life.”

Flathead Land Trust worked with the Van Riper family to put a conservation easement on their property to protect the values that the family held dear and protect the land in changing times. “The conservation easement we have placed on the property allows me to know that it will be protected in perpetuity,” said Sandra Van Riper. Although Sandra no longer lives in the Flathead she is happy just knowing that her family’s land is there and being enjoyed without being abused. She said, “I have recommended the Conservation Easement program to many others over the years, and will continue to do so. Because I grew up on the hill, I hope that others can do so also. In this day and age, more and more we, as a society, are losing wild places and keeping our children away from them. I hope our small piece of land may help slow that process just a bit.”