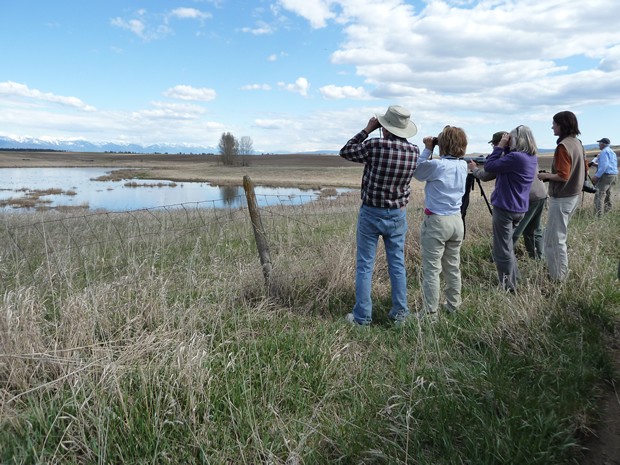 Flathead Land Trust and its partners recently received approval by the North American Wetland Conservation Act (NAWCA) Council to fund a $1 million grant proposal to conserve some of these important wetlands and agricultural lands. Five projects were proposed to conserve 525 acres of wetlands and associated uplands and restore 125 acres of wetland habitat used by migratory birds in the Flathead and Mission valleys. These projects include adding wetlands to the Smith Lake Waterfowl Production Area, increasing protection of the north shore of Flathead Lake by adding to the Montana Fish, Wildlife and Parks Wildlife Management Area, helping the Confederated Salish and Kootenai Tribes protect wetlands along the Mission Mountain Front, protecting wetlands just east of the National Bison Range, and restoring a wetland/spring creek complex east of Columbia Falls.

Upon final approval by the Migratory Bird Conservation Commission and an approved Federal budget for 2015, the partners will implement these important migratory bird habitat conservation projects. The projects funded by this grant will continue the work of Flathead Land Trust and the Flathead River to Lake Initiative, a landscape-scale, collaborative effort to conserve critical lands along the north shore of Flathead Lake and the Flathead River.

Partnering with Park Side

Posted On April 18, 2018 ~ 0 Comments
We are so excited to have been chosen to participate in the Park Side Partner Program this year along with two other great organizations in…