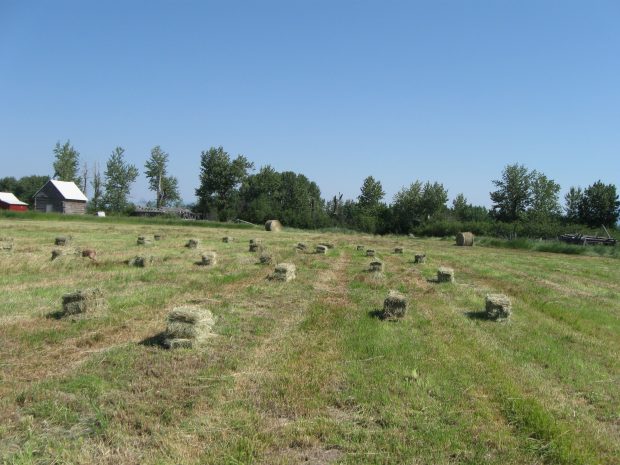 Dean’s connection with and love for his property has deep roots. Dean’s great-grandfather, Christian Hvila, found his way to the Flathead Valley in 1883 after emigrating from Norway to the U.S. in 1867 at the age of 20 years old. Christian became a naturalized U.S. citizen in 1878 under the Anglicized name of Christian Hvila Wiley and was working in the mine industry of Butte, Montana in 1880 when he eventually traveled to the Flathead Valley to establish a homestead claim in the Montana Territory. Christian married Belle Swanson in May 1884 and they established their home on the 160-acre homestead claimed by Christian at Wileys Slough. The Wileys were some of the earliest permanent settlers in the lower Flathead Valley. Accordingly, both Wiley Dike Road and Wileys Slough are named for them.

Christian and Belle ultimately had eight children on the homestead. John Wiley, the fifth child born in 1894, was Dean’s maternal grandfather. The Wiley family farmed the 160 acres of homestead land while raising livestock. The income from these efforts was supplemented during the early years by wages earned by Christian from working for the Butte mines during winters.

John Wiley and his wife lived on and farmed the homestead land for approximately four years. During that time, their daughter Dorothy (Dean’s mother) was born. Then Andrew Wiley, the youngest Wiley child and Dean’s great uncle, acquired the 160 acres of homestead land from his siblings after their widowed mother died. Andrew lived on the homestead land all his life until he died in 1980. He farmed the land with his older brother Jim until he married Frances in 1950. Andrew and Frances sold portions of the land over time.

Robert and Dorothy Robbins, Dean’s parents, bought two and a half acres of the property, in 1984. From 1984-2007, Robert and Dorothy spent summers at their property. Dean spent time during these summers on the property with his parents, but became the full property owner of the 26-acre easement property after purchasing the land from his great aunt Frances before she passed away in 2009 and purchasing his parents’ land after his mother passed away in 2010. 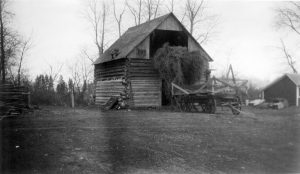 On the property are several historic structures. There are portions of the original homestead cabin built in 1884 and a log horse barn built in the 1890s. A portion of the current historic farmhouse was built in 1899 and served as a one room school house known as the Brocken School until the local school district ceased to use the facility. The Brocken School served as the second public school in the Montana Territory north of Missoula. The other portion of the current historic farmhouse was built in 1907. During that same year, a two story water tank house was built to store water pumped by windmill from a nearby well and provide gravity-powered running water for the farmhouse kitchen. Also, a large red machine shed on the property was built in 1911. Finally, a one-car garage was built by John Wiley and his older brother Jim in 1917 for a car they purchased.

The property has not only important conservation value, but also great local history. Thank you, Dean, for working with us to help conserve this important area of Lower Valley!

Give During the Great Fish Community Challenge