Having inherited a share of my family’s land, it has been my privilege to be able to permanently protect the land from development with conservation easements. I have the satisfaction of knowing that, regardless of who ends up owning the land, it will never be apartment buildings; no one will ever fill in my slough and bird habitat, or pave over my prime farmland. And I have the great joy of knowing that my father’s wish – that the land always remain farmland –will forever be a reality.” – Sue Cummings

Five generations of Sue’s family have farmed in the lower Flathead Valley. Her great grandparents homesteaded in the 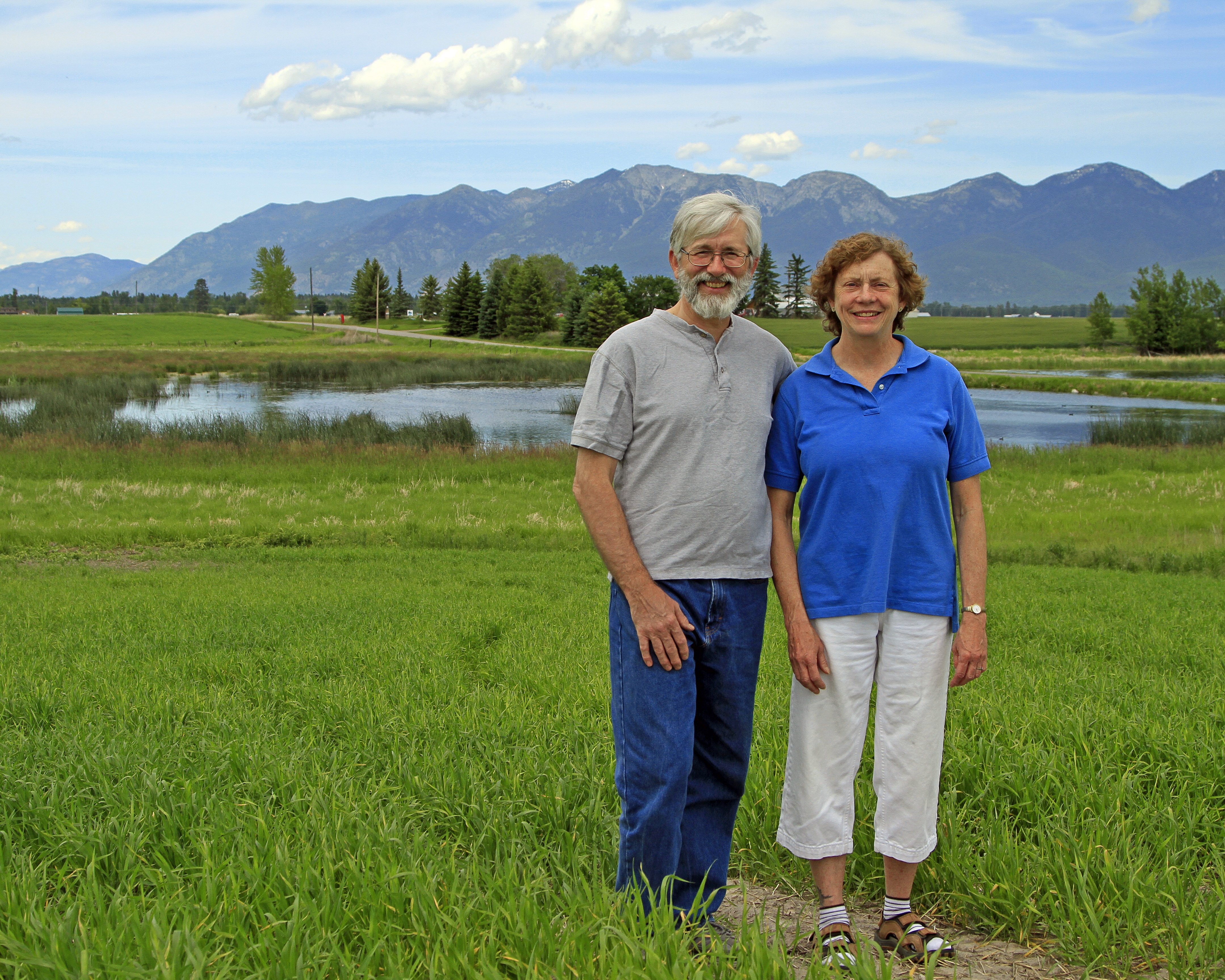 lower Flathead Valley in the late 1800s. Sue’s dad grew up on the family homestead where, as she explained, he learned a lot about the land and about life. He learned that if you work hard at what you love, you can earn an honest living from a farm. He knew that the food he raised would feed his countrymen during war and peace, and that his children would add their skills and knowledge to the good of the world. He taught his children that the strength of a nation begins with its food supply. “Today, too many people undervalue farmland because they think they can buy what they need from a store,” Sue commented. Wheat, barley and alfalfa have been traditional crops on the family farm and now canola is also grown. A few cows were also raised on the land in the past as well as horses. Sue’s cousins still live on the original family homestead. Sue and her brother (Larry O’Connell) grew up on a farm near Wiley Slough that her father obtained in 1947. 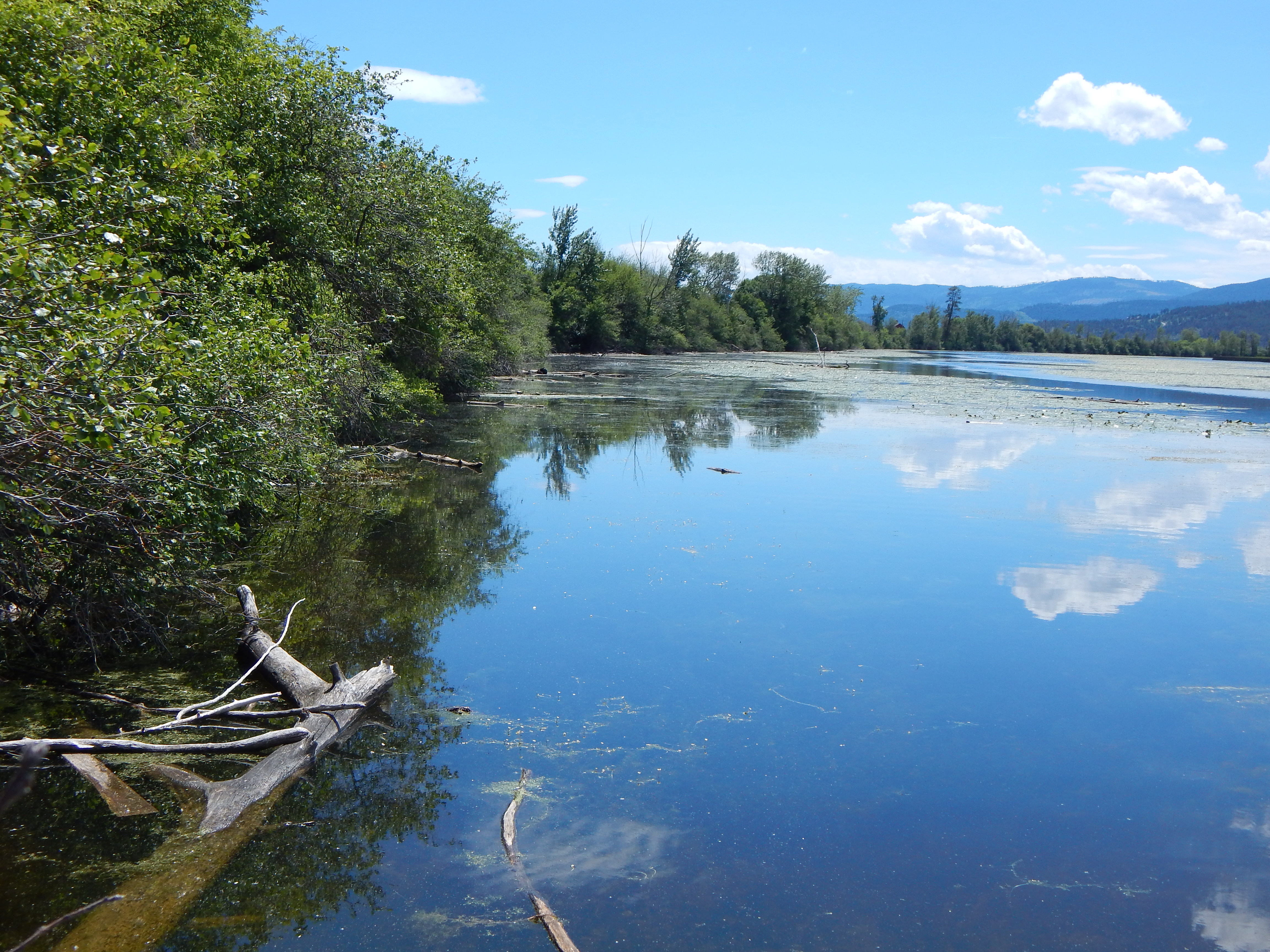 Sue’s husband, Steve Cummings, also grew up in the Flathead and was raised in a family with great foresight. Steve’s dad taught high school, helped start the Flathead Valley Community College, and was the head of the first computer department at the college. Steve’s mom knew the value of early education before it was widely accepted, teaching private kindergarten before there was public kindergarten.

“After I inherited the farm along with my brother, we saw that good farmland in the Flathead Valley was being swallowed up by housing developments and it really bothered us,” said Sue. My dad had been aware of it before he died and had put together a trust with my brother and me as trustees. He believed we would never sell the land. When I suggested a conservation easement to my brother, he was initially opposed to it so we just didn’t do anything for a number of years. We finally agreed to dissolve the trust and split the farm between us. My husband and I then started putting our land into easements. My brother eventually did put nearly all of his land into a conservation easement as well. I was really happy to see that happen. Now we can all rest easy, knowing that my dad’s legacy will be preserved. It’s what he would have wanted and what I think he would have done if he had known about conservation easements.”

After donating conservation easements on 120 acres of their land, Steve and Sue had the chance to purchase the 61 acres bordering their property and Wiley Slough from their neighbor. Although Steve and Sue wanted to protect the land bordering the slough, they were having a hard time coming up with the cash to purchase the property. Steve and Sue worked with Flathead Land Trust and its Flathead River to Lake Initiative partners to obtain funding to purchase a conservation easement on the property making the land purchase affordable and conserving key fish and wildlife habitat. Placing a portion of the slough under conservation easement comforted Sue, as she said, “I would feel very bad if anything happened to disturb the natural habitat. I wanted it to stay that way for the benefit of the birds and wildlife.”

Steve and Sue, and Sue’s brother, Larry, protected a total of 284 acres, 75% of which contains some of the best soils in the nation. This rich land also borders 0.6 miles of Wiley Slough and contains almost 50 acres of wetlands important to birds and wildlife. 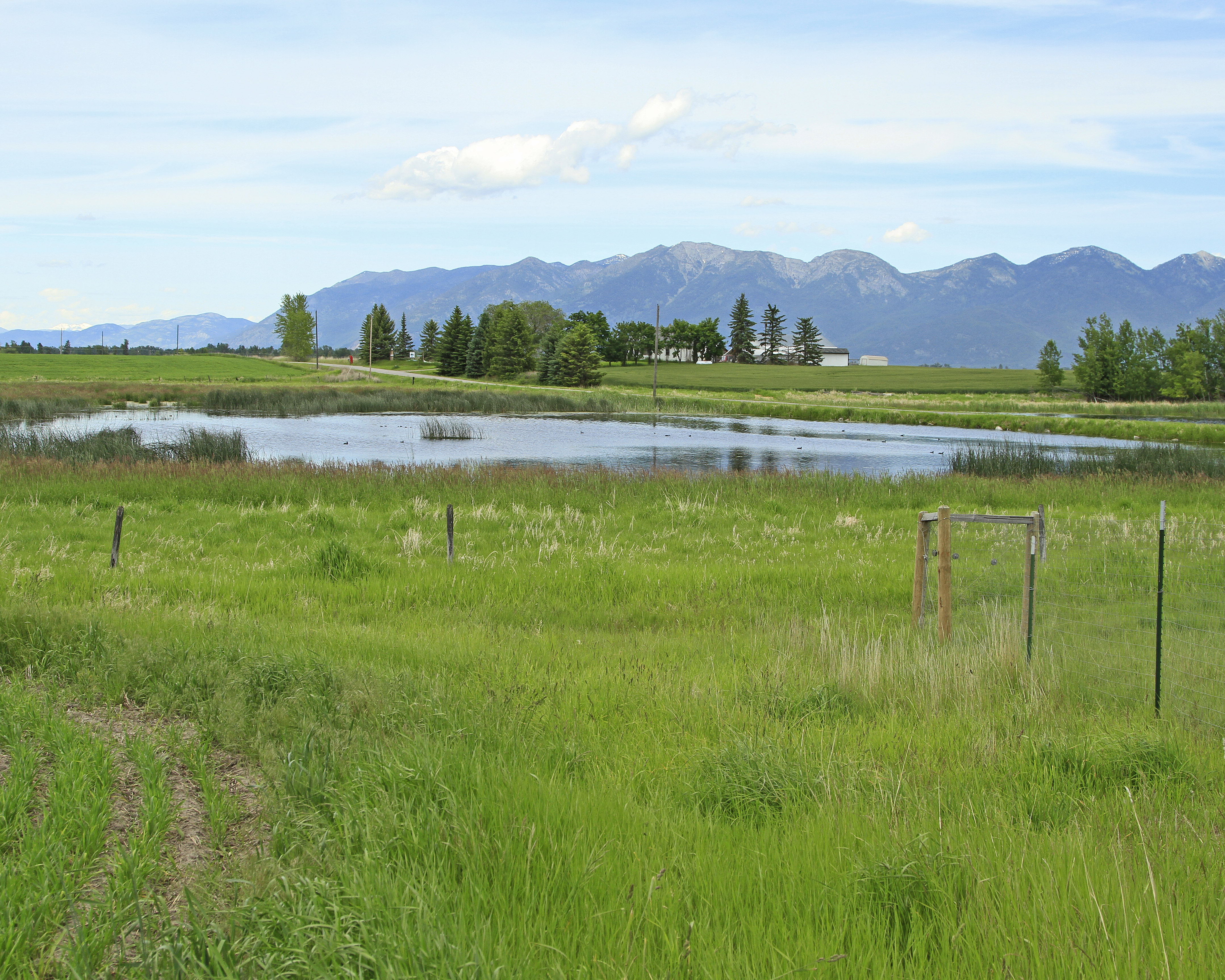 “I think it’s important for folks considering what to do with their land to understand that putting a conservation easement
on your land doesn’t mean you lose control of your land,” said Sue. “My brother didn’t want someone else telling him what to do with his land. That’s really why he was opposed to it in the beginning. The reality is that a conservation easement is the ultimate in retaining control – you decide how you want your land to be used and that’s how the easement is designed. We wanted to be able to build our home on the land and we wanted a second home site to be available. As it turned out, our youngest son decided to farm the land and he is using that second site. No one else will ever be able to turn the land into a residential subdivision. It will remain as beautiful, open farmland forever. It’s the kind of land that makes the Flathead Valley such a desirable place to live and we are glad to have been able to contribute to maintaining that quality of life.”