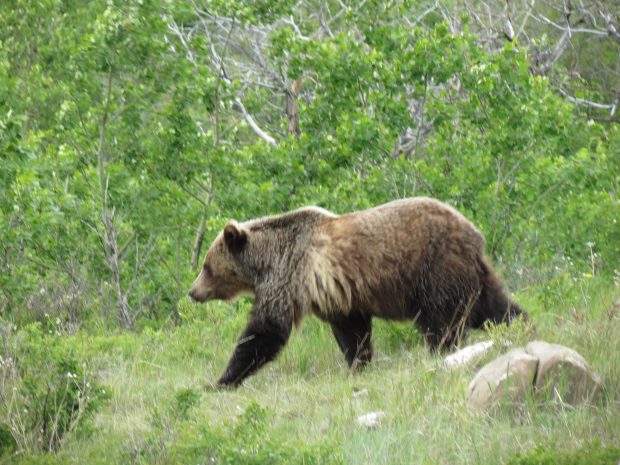 Another 30 acres of scenic open space lands important for wildlife in the Polebridge area has been conserved in perpetuity thanks to the generous donation of a conservation easement to the Flathead Land Trust by Linda and Del Coolidge. This newly conserved property adjoins 31 acres placed into a conservation easement with Flathead Land Trust in 1996 by John Frederick. Together, these properties help to better ensure that the North Fork Flathead River valley remains one of the most ecologically intact and wild river valleys of the lower 48 states.

Conserving the Coolidge property will help preserve the wildlife corridor around Polebridge that connects the federally protected lands of Glacier National Park and the Flathead National Forest. It will also help to preserve the rural open space character of the Polebridge area.

Placing the property into a conservation easement with the Flathead Land Trust allows the Coolidges to own and manage the property as they always have, but ensures that the property will never be subdivided or overly developed even after they pass it on to their heirs or it transfers to subsequent owners, thus ensuring protection of its wildlife habitat and open space in perpetuity.

“Our Polebridge property has been owned by the Coolidge family since 1969. Betty and Pep Coolidge strongly advocated protection of open space for wildlife. They would be proud to know that the property is now protected by a conservation easement with the Flathead Land Trust. Wildlife, including bears, wolves, elk and many other species need corridors and undeveloped space where humans don’t intrude. Hopefully our modest contribution will inspire other landowners to protect part or all of their land with a conservation easement that benefits future generations by preserving a unique ecosystem.” Linda and Del stated.

For the Flathead Land Trust, the completed project adds to their efforts to conserve the open space wildlife habitat around Polebridge.

“Sometimes, conserving a number of adjoining smaller parcels achieves the same conservation objective as conserving larger parcels of land. Having both the old Frederick property and the Coolidge property conserved in perpetuity creates a nice block of conserved land for the Polebridge area” said Ryan Hunter of the Flathead Land Trust.

Flathead Land Trust received generous grants from Vital Ground Foundation, a nonprofit land trust that conserves habitat for grizzly bears and other wildlife in the northern Rocky Mountains, and Montana Fish, Wildlife & Parks to help pay for expenses associated with the project.

The Flathead Land Trust has 416 acres of private land in the North Fork conserved through conservation easements and has helped to conserve an additional 1,112 acres in the area through partnerships.

Our Fall 2017 Newsletter Has Arrived

Posted On November 10, 2017 ~ 0 Comments
Check out our new Fall ViewPoints!   This issue tells the story of the West Valley Wetlands - the land, the cranes, and the farming family who stepped up…

Give a Year End Gift for Conservation – and Double Your Giving Impact!

Posted On November 23, 2015 ~ 0 Comments
Join us for #GivingTuesday on December 1st or any day before the end of the year to Give Back to the Flathead! Here's why your year end…

Posted On September 11, 2019 ~ 0 Comments
On September 6th, 257 acres of important bird habitat was added to the Smith Lake Waterfowl Production Area in Flathead County, Montana thanks to a…