Jeff is recently retired from the Flathead National Forest Service where he had been a wildlife biologist and then forest ecologist since 1998. Jeff lives in the Haskill Basin area just outside of Whitefish and enjoys time in the summer floating our local Wild and Scenic Rivers and winters skiing on Whitefish Mountain Resort.

Margaret was born in New Orleans, raised in Los Angeles, and moved to Montana 20 years ago, after spending more than a decade living rurally in the United Kingdom, a crowded nation which has nevertheless done well in preserving its open spaces and wildlife habitat.

Margaret has been an officer and board member of several Glacier Park partners, and is pleased (having witnessed the recent rapid growth in the Flathead Valley) to have the opportunity to expand her interest in conservation even more close to home, which is the East Shore of Flathead Lake.  Margaret is delighted to be able to contribute to the Flathead Land Trust’s efforts towards conserving our legacy of land and water. 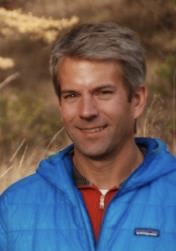 Raised in Kalispell, Greg is a graduate of Flathead High School and received his business degree from Pepperdine University.  Greg is the founder and co-owner of Forestoration, Inc. a land management and restoration company, and the Center for Native Plants, the Flathead’s only retail native plant nursery.   One of his  most rewarding projects has been overseeing the development of the Whitefish Trail project from concept to the current network of 35 plus miles of trails and trailheads.

Greg’s community involvement includes several years as a member of the Whitefish City/County Planning Board and the Whitefish Lakeshore Protection Committee, and as a board member of Whitefish Lake Institute.  Greg and his family enjoy many outdoor activities including rafting the Flathead River system, climbing mountains in Glacier Park, skiing Big Mountain, and exploring canyon country in the desert Southwest. 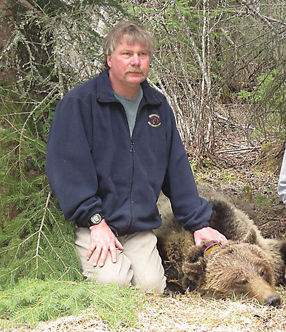 Rick recently retired from Montana Fish, Wildlife and Parks as a wildlife biologist and grizzly bear manager. He’s had an almost 40 year career as one of the region’s top grizzly experts.  Rick received his BS and MS in Wildlife Biology from the Univ. of Montana, and began working on bears in 1976 under Dr. Charles Jonkel.  He went on to obtain a PhD in Conservation Biology from Univ. of Agricultural Sciences in Uppsala Sweden.  In 1987, he initiated a 10 year study on grizzly bear populations and habitats in the South Fork of the Flathead River and later went on to be the principle investigator for the trans-boundary study of grizzly bear populations in the Crown of the Continent ecosystem.  He received the Wildlife Society’s Biologist of the Year award in 1990 and Distinguished Service Award in 2016. 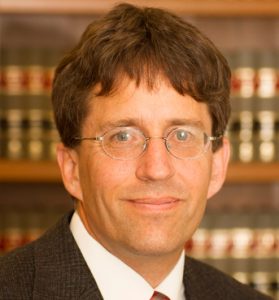 Karl and his wife Courtney are both Montana natives and are owners of property subject to conservation easements held by the Flathead Land Trust. Their property includes 26 acres of riparian habitat and open space protected under easement and is located along the Stillwater River in Kalispell.

Karl received his B.A. degree from the University of California at Santa Barbara with majors in Business Economics and Philosophy.  He received his law degree from the University of Montana School of law and has been practicing law in Montana since 1995.  He currently practices with the Whitefish firm of Ramlow & Rudbach, PLLP, primarily in the areas of Estate Planning, Real Property and Civil Litigation.

Karl and Courtney have two school age children and, in addition to attending the kids’ activities, enjoy caring for their growing herd of animals and spending time outdoors hiking, skiing, rafting and kayaking. 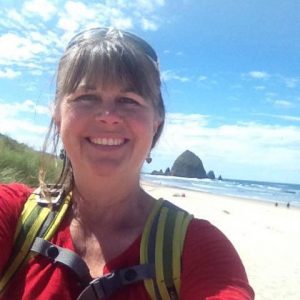 Moving to Flathead Valley in 1990 from the North Carolina coast, Jennifer fell in love with the west and a Montanan. She and Tim live on Blacktail Mountain where they raised their two daughters and enjoy being involved with the West Shore community.  Having felt the impact over-development can have on environment and community, Jennifer is excited to be part of the FLT team!  She has spent over 20 years working and volunteering in fund-development activities with multiple local, non-profit organizations.

Jennifer has a B.A. degree in Parks and Recreation Management, with an emphasis on Therapeutic Recreation from UNC-Wilmington and works as a Certified Therapeutic Recreation Specialist with the In-Patient Rehabilitation Department of KRMC.  Jennifer enjoys traveling, exploring our country’s coasts and deserts, skiing on Blacktail Mountain and sailing on Flathead Lake. 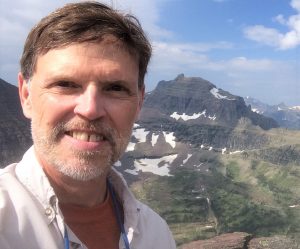 Jim first set foot in the Flathead Valley in 2003 and fell in love with its beauty.  He and his wife Rhonda made a home west of Kalispell and currently divide their time among the Flathead and Dallas, TX where their daughter and her family have made their home.  Jim has been a Washington DC lawyer for 30 years and most recently was general counsel to a succession of renewable energy companies in California, Texas and Berlin, Germany.  His outdoor interests include hiking and cross-country skiing. 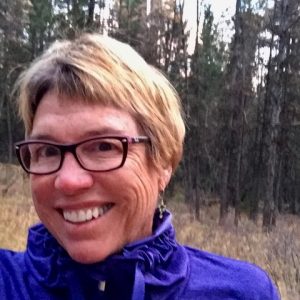 Rebecca worked as a registered nurse for 46 years including 18 years as a Flight nurse with ALERT at Kalispell Regional Medical Center and with LifeBird at Deaconess in Spokane, Washington.  She retired in 2020 after a lengthy career in healthcare. Rebecca grew up in Florida, attended college in Mississippi, and received a nursing degree in 1976. She eventually found her way to Montana and moved to the Kila area in 1990.  With coordination and support from FVCC, she organized and instructed the first accredited paramedic training program in Flathead County. She’s been affiliated with EMS training and The American Heart Association for 20 years as an advanced instructor.  She and her husband Joe own property in Kila which is protected by a conservation easement through the Flathead Land Trust. Her outdoor interests include camping, hiking and gardening.